As we continue to seek insight into how to unlock the power of our faith, let's look at King David the warrior who had to confront the 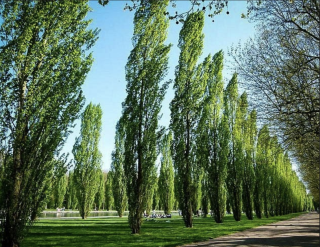 Philistines in battle right after he was crowned king and had conquered the city of Jerusalem. We read,

When the Philistines heard that David had been anointed king over Israel, they went up in full force to search for him, but David heard about it and went down to the stronghold. Now the Philistines had come and spread out in the Valley of Rephaim; so David inquired of the Lord, “Shall I go and attack the Philistines? Will you deliver them into my hands?” The Lord answered him, “Go, for I will surely deliver the Philistines into your hands.” So David went to Baal Perazim, and there he defeated them. He said, “As waters break out, the Lord has broken out against my enemies before me.” So that place was called Baal Perazim. The Philistines abandoned their idols there, and David and his men carried them off (2 Samuel 5:17-21).

The good news is David defeated his enemies in this battle but the bad news is they came right back for another battle. Let's look at how David used his faith to handle that second encounter.

It would have been easy for David to think when the Philistines returned, "Here they come again. We defeated them once, we can do it again." We are all guilty of that thinking, for we are religious beings who often look for a system or formula that will define or even control God. For example, when the scorpions came against the people in Numbers, we read, "So Moses made a bronze snake and put it up on a pole. Then when anyone was bitten by a snake and looked at the bronze snake, they lived.This is the reason Jesus healed in so many different ways" (Numbers 21:9). What happened after that?

The people eventually worshiped the snake! They didn't see that the power was in obeying the Lord to erect the snake, they saw the power in the snake itself. Faith is not a system, it is a relationship and if you are going to unlock its power, you must put your faith in God and not in a system, formula, or doctrine that is guaranteed to work every time. David understood this, so he inquired of the Lord as to what he should do when the Philistines returned:

Once more the Philistines came up and spread out in the Valley of Rephaim; so David inquired of the Lord, and he answered, “Do not go straight up, but circle around behind them and attack them in front of the poplar trees. As soon as you hear the sound of marching in the tops of the poplar trees, move quickly, because that will mean the Lord has gone out in front of you to strike the Philistine army.” So David did as the Lord commanded him, and he struck down the Philistines all the way from Gibeon to Gezer (2 Samuel 5:22-25).

David did as God directed and the result was another victory, for no matter how much success David had, he knew the source of his strength was not his military prowess, but the Lord Himself.

What was that sound David heard that was his indication it was time to attack? Some have said it was the sound of angels going out before and with David's army. Others have said it was the sound of the wind, indicating the presence of the Spirit to do battle on behalf of the army. What's important here is that David knew he was to fight but he did not know how he was to do it. In a sense, David acted and waited, which is a key element to unlock your faith. Many see it as either/or—we either wait on the Lord or we act—but don't see how to do both. Yet James wrote, "In the same way, faith by itself, if it is not accompanied by action, is dead" (James 2:17). Faith requires action so it must be part of the unlocking process.

For example, I write books—that is my action—but then I wait on the Lord for the strategy of what to do with them. Some I have had translated into Spanish, some I have given away, and others I am still waiting to hear for the best way to distribute them (which could happen after I'm gone). How can you apply this principle to unlock your faith? If you feel the Lord has a ministry for you, you should take steps to structure and make your ministry a legal entity. If you feel your future is to teach God's word, then you should go to school now to learn before you have any invitations to teach. What's more, if you have done those things, there is no guarantee your next steps will be anything close to your previous ones, for God will give you new strategies as you go forward. It's always about acting and listening, listening and then acting.

Where are you waiting on the Lord when you should be acting? Where are you acting where you should be waiting, wondering why the strategies that worked before aren't working now? To unlock the power of your faith, you must learn to walk and listen for the sound of the angels or wind in the trees and that means you must learn to read the signs and hear the Lord. If you do that consistently, you will go from victory to victory, avoiding the trap of looking for a formula and instead listening for God's direction while you take faith actions. Have a blessed week!