Let's look at another story that can help you unlock the power of your faith, and it is another story from the prophetic career of Elisha. 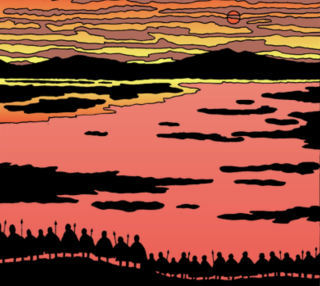 I urge you to read the entire story in 2 Kings 3, for we will only focus on part of the story of King Jehoshaphat and his adventure with the evil king of Israel, Jehoram son of Ahab.

When the troops of Israel and Judah marched out to confront the rebellious Moabites, they marched for seven days but had no water for their men or animals. This is often how it is when you march out in faith. At first, the circumstances seem to go against you and it is easy to question your original intent and motive for acting in the first place. The king of Israel was ready to retreat, but Jehoshaphat urged him to seek out prophetic counsel. When Jehoshaphat heard that Elisha was in the region, he urged them to seek the prophet's counsel.

There was no love lost between the house of Ahab and Elisha, who only consented to address the situation because of the presence of the king of Judah. After having a harpist play to stir up his prophetic gift, Elisha said,

“Thus says the Lord: ‘Make this valley full of ditches.’ For thus says the Lord: ‘You shall not see wind, nor shall you see rain; yet that valley shall be filled with water, so that you, your cattle, and your animals may drink.’ And this is a simple matter in the sight of the Lord; He will also deliver the Moabites into your hand. Also you shall attack every fortified city and every choice city, and shall cut down every good tree, and stop up every spring of water, and ruin every good piece of land with stones" (2 Kings 3:16-19, NKJV).

The desert ground can become so hard from the heat that the rain that does come can easily stay on the surface and create a flash flood. That is the reason the prophet directed them to dig ditches or trenches to hold the water that was coming through supernatural means, for it would not come by rain, the usual source. Of course, not only is this what happened so their thirst could be quenched, it also turned out to be a battle strategy so the word of the Lord concerning their victory would be fulfilled:

"Now it happened in the morning, when the grain offering was offered, that suddenly water came by way of Edom, and the land was filled with water . . . And when all the Moabites heard that the kings had come up to fight against them, all who were able to bear arms and older were gathered; and they stood at the border. Then they rose up early in the morning, and the sun was shining on the water; and the Moabites saw the water on the other side as red as blood. And they said, “This is blood; the kings have surely struck swords and have killed one another; now therefore, Moab, to the spoil!”" (2 Kings 3:20-23, NKJV).

When the Moabites attacked, mistakenly thinking that their enemies had already been routed, they themselves were conquered once again by the Lord's army. What can we learn from this story as we seek to unlock the power of our faith?

Here are a few things to consider from this story:

Perhaps you see something I don't, so feel free to share your insight where this entry is posted for others to see. in the meantime, ask yourself this week where you can start digging ditches so you can receive God's provision from only God knows where. As you dig, keep in mind that the digging is to prepare you for something bigger than the provision as you unlock the power of your faith to carry out your purpose and to be creative. Have a blessed week!